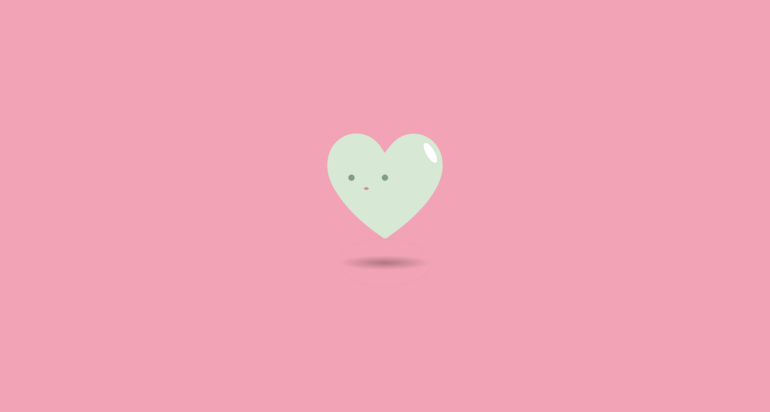 I follow quite a lot of celebrities on different social networks. It’s fun to see what they are up to, but I’m not much of a gossip. I do it for me – for inspiration, for motivation, to escape quarantine mood or just because I’m bored. I rarely comment on any of these posts and I almost never read the comments written by other followers. At least not anymore.

Why I don’t do it anymore, you ask? Because most of the time it horrifies me. And I am not talking about those hostile and nasty comments you find under almost every post – no matter from whom or what the topic is. That’s a different story worth of its own article. Today I would like to explore how social media can contribute to the obsession with public figures. Yet, this is not supposed to be a scientific paper, but a mere transcript of my thoughts.

Let’s imagine a public figure shares something really important like making aware of poverty or raising money for a good cause. Let’s image he or she really means it and there is no hidden agenda. Now let’s take a look at the comments. A few of them are linking to the actual topic on hand. I’d say maybe 10 out of a 100. And the rest? Marriage proposals, declarations of love, asking the celebrity to say “hi” or “happy birthday“. The comment area is flooded with “do you reply?”, “please notice me” or “first”. FIRST? Seriously? The same goes for less “meaningful” contributions like a holiday snapshot or information on a new movie. Comments relating to what was actually shared are hard to find.

I mean, I get it. I get both sides. Shows, series, movies, songs – the whole entertainment sector would be far less successful without the fans. The celebrities need the fans and the fans need the celebrities. That’s fine. But there have to be boundaries. There is this fine line between “fascination” and “obsession” that shouldn’t be crossed.

Due to the pandemic, platforms for personal video messages are rising to even more prominence. For the struggling arts sector it is an alternative way to earn money and to stay in touch with the fans. As a PR consultant who studied media, film & television, I am always curious when it comes to show business. It fascinates me just like everyone else. But at the same time, and I can’t stress this enough, it shocks me.

So a while back I risked a peek at a website for personalized celebrity videos and I watched some of the clips that had been made public. My research showed that fans were not happy with their star wearing the same clothes in five to ten different videos, meaning they were all shot on the same day. But why judge them? Those people are working. Making those videos is actual work for them. When you work off your to do list, you don’t change your clothes halfway through the day, do you?

Anyway, I decided to request a video from an actor I like. (Note from the editor: For research purposes only, of course.) Since I wasn’t sure, which of the predefined categories I should choose, I just asked him to tell me anything he felt like sharing. There is nothing in particular I wanted to hear from a person I had never met and who I am not seeing to face to face. Once the request was out (confirmed by my cell that told me my credit card had just been charged), I realized that people could rate the videos they received. And after having looked through some of the comments, there it was again, this nagging feeling that something is going seriously wrong.

Thinking back, there are a few things that come to my mind. When I was a teenager, there was no social media. The internet did exist, but you had to pay for every minute you were online. We didn’t have smartphones. I used to play “Snake” on my Nokia. Don’t worry, this will not turn out to be a discussion about how all was better in the old days. I don’t think it necessarily was. What I am saying is that I put up posters of my favorite band and my favorite actor. I went to concerts and I watched my favorite show all day – even skipping piano class to see it. But it never felt too personal. There was almost no chance of them knowing that I was there. I knew that.

Today it is different. Social media makes us feel like we are closer to actors, musicians or athletes (call it modern parasocial interaction, if you like) and probably there even is a certain truth to it. People are thinking: “They can see me. They can notice me. There is a chance (if I just comment often enough)”. Please don’t. Please don’t blow things out of proportion. Getting rid of a depression by requesting one personalized video after another? Paying hundreds of dollars and probably going bankrupt “just” to hear the voice of a famous person you think you love? It shouldn’t be that way. It can’t be that way.

Who was your first celebrity crush?

Even Ellen DeGeneres regularly asks her guests that questions. In one of her shows Pink admitted that she totally freaked out, when she met Johnny Depp. I would, too. But what I’m getting at: It is not healthy to devote your life to someone you don’t know, to develop an obsession with a stranger. And let’s face it: You might think you know the person you see on TV, but that’s just not true. And sometimes the obsession is not even with the real person, but with someone he or she played in a movie or series.

Of course, I also admire certain public figures. I was left speechless when I visited the Berlinale some years ago and Jane Fonda was standing right next to me. I also felt a certain increase in my pulse rate, when I was waiting for the movie premiere of „Les Misérables“ with the cast being live on stage. And in spite of my reservations, I had this big smile on my face when I received the personalized video I requested. This is normal. That’s the way it should be.

But people tend to forget that we are talking about a world of make believe. There are so many influencers nowadays showing how Instagram creates this illusory world. Do you really think a divorce or a fight for custody is more fun, when you are famous or rich? I don’t. Though, I do admit that whenever wealthy people talk about family being the most important thing and that money is worth nothing compared to that, I always roll my eyes thinking: „Nice talking. I’d say the same, if I was sitting in my 10 million dollar mansion”. But in the essence, they are right.

Don’t contribute to the obsession

Yes, you should request a personalized video, if you want to. Have fun with it. Show it to your friends. Cry or yell out of happiness. Then put it away and go back to your own life. Don’t watch it five times a day. Don’t read too much into it. I know, right now this is especially hard due to Covid and social distancing. Still, there is so much you can do. And once we have „overcome“ (I know it will never be truly gone) the pandemic, you should go out, have drinks, meet new people.

Don’t get me wrong: I am truly convinced that everything is possible and this article simply reflects my thoughts in written form. So, if you want to comment on the posts of celebrities in a certain way, do it! They can handle it. They (at least most of them) chose to live a life in the limelight. But don’t let your happiness depend on someone popular.

The same goes for the celebrities among us: Do as you please. Share a snapshot with your new partner, if you feel like it. But if you rather want to keep your life completely private, do that! If you don’t want to react to comments, then don’t. If you want to react to only a few people, do so! The only thing is that with fame there also comes a certain responsibility. Your actions influence others more than usual. Just keep that in mind and don’t contribute to the obsession.

This article reflects the personal views of the editor only.